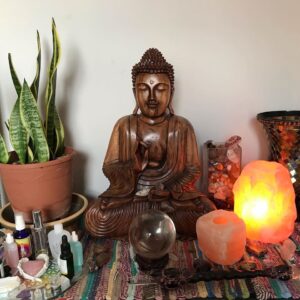 Past Life Regression (PLR) was part of my hypnotherapy training many years ago & it was the only part that we learnt as a paperwork exercise rather than practising on each other. I guess this was because of people’s different beliefs regarding the afterlife & it caused me to pause & question whether I believed in reincarnation & I wasn’t sure that I did.

The following weekend I went to visit a friend and after telling him that I’d learnt about PLR he responded with “come on then, you’re going to regress me!”. Talk about being thrown in at the deep end but I am now very grateful that he was so keen and insistent.

I work in a slightly different way now but then I guided him into an altered state and guided him back through moments in his current life.
With great enthusiasm and childlike excitement he told me about being on his new bike tearing down the driveway and the excitement of going to crash into the garage.
I guided him further back and he connected with another time. In response to my questions about that time he whispered “I’m small, I’m very small” and couldn’t tell me anything more.
Afterwards he said that he felt that he had just been born and was still in the hospital as he had been aware of being in a plastic crib.
I guided him back further and he connected with a lifetime of being a boy in victorian times. He described being in a garden with a girl & he kissed her. Not knowing quite what to ask I asked him if it had been nice to which he answered “no, she smelt of wee!”.

My second experience was in my very early days of working with clients and this was a young guy who sat with his arms folded telling me that he wasn’t sure he believed in PLR. As I didn’t think “me neither” was an appropriate response I replied with “well, lets see what happens.”
I guided him back and he recalled the experience of being a scullery maid in a big household. He talked about this for a while and then opened his eyes and announced “I was a girl!” in a stunned voice! He was convinced that this had been a real experience as it had never entered his mind before that he could have been female in another life.

Since those initial introductions I am fortunate enough to have guided many clients through this exciting process of discovery and still find PLR sessions fascinating.

My spiritual views have changed dramatically over the last 20 (odd) years and now I’m definitely a believer that we have many lifetimes and experiences.

If you would like to experience Past Life Regression for yourself then please give me a call or send me a message to book your appointment slot.